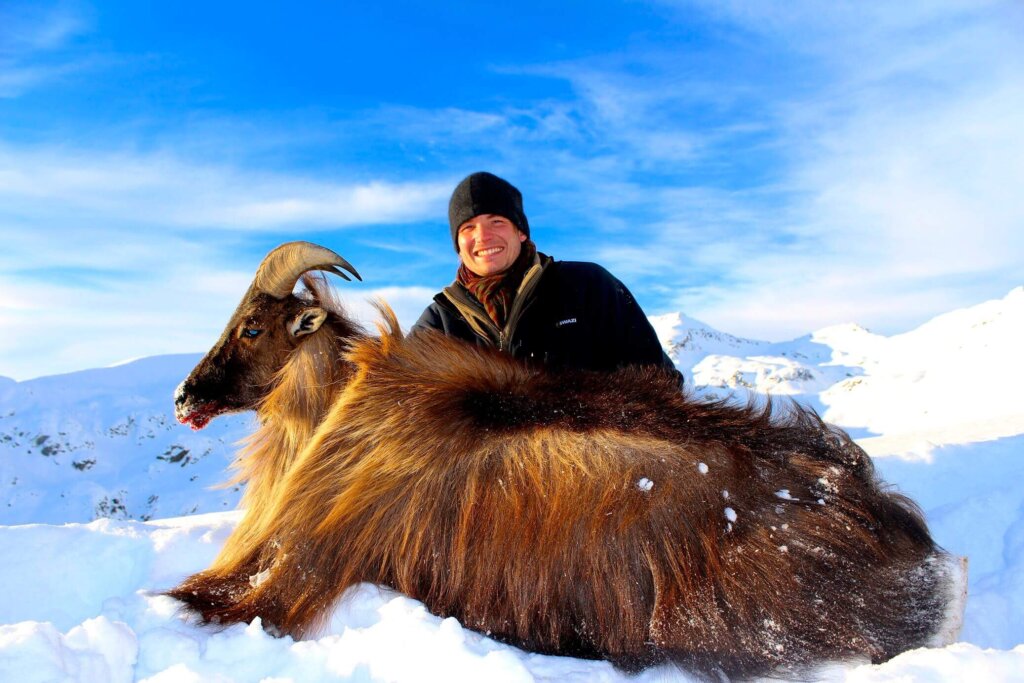 Alpine Hunt for Tahr and Chamois – Spike Camp or Lodge

New Zealand’s South Island is the crown jewel when it comes to alpine hunting for Himalayan tahr and chamois.  High up in the picturesque Southern Alps lives one of New Zealand’s premier big game trophies, the bull tahr.  The tahr is considered the “King of the Mountains”, and this area has no shortage of them.  While tahr can be hunting year-round, their rutting period is May, June, and early July.  During this period they have impressive long winter coats, which is as important a consideration as horn length when looking over a trophy bull.  They can be hunted in a variety of ways from foot hunts (from lodge or spike camps) or helicopter assisted.  The tahr is wide-ranging and they can eat a huge range of vegetation.  Such charateristics make it an extremely invasive species – and a popular hunting target.  These mountains also contacin the European chamois, which can also be hunted year round.  Their rutting period is too late May into early July.  It during this time that they long, striking black coats.  Introduced in the early 1900’s, the chamois can hunted all on foot, from spike camp, or helicopter assisted.  Mostly active in the mornings and evenings, they have a reputation from being an elusive animal.  You’ll enjoy every second of the challenge, and the landscape they call home is spectacular.

This outfitter is located in the heart of some of the finest alpine hunting in all of New Zealand.  Located on the South Island, you can choose the spike camp package, hunting on foot or the luxury lodge based package where you can also hunt strictly on foot or helicopter assisted.

Any of these hunts can also be combined with trophy red stag asd well as other species such as fallow deer, wapiti, rusa, sambar, sika.  Waterfowl hunting is also available during May – July and fishing earlier in the season.

Fly to Queenstown, where you”ll be met.