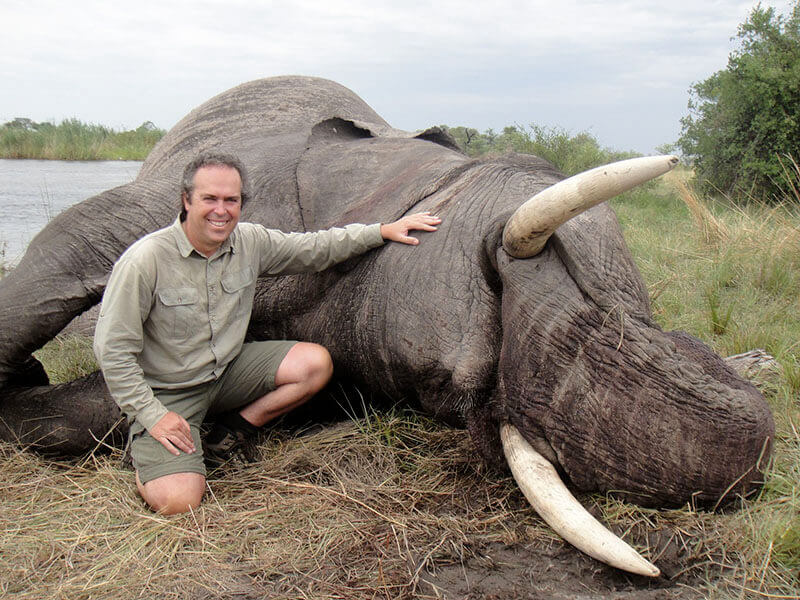 Namibia is probably one of the best places to hunt elephant in general. If you look at an African map, you will note that the Zambezi strip (formerly known as the Caprivi Strip) forms a long arm which borders with Angola, Zambia, Zimbabwe, and Botswana. This is the original walkway of all elephants. Elephants throughout these countries all move through this area. Therefore there are ample elephant, especially from September onwards, where they move into the Zambezi in higher numbers.

Buffalo and elephant hunting is a dangerous hunt and it shouldn’t be taken up lightly. You want the oldest animal, a post productive animal. Old solitary bulls want to be alone, and therefore seek places sometimes difficult to stay in for cows and calves because of a long walk to water. Second most important is the experience. There is nothing more satisfying in hunting hard for a specific animal. Sometimes a hunter and his guide gets lucky and finds such an animal early on in the hunt, but most of the time it takes a lot of hard work. Our outfitter’s average for the last couple of years has been around 50-pounds and have taken 70-pounders and up. This most certainly places hunters, and especially first time dangerous game hunters, out there in a position where they think it “easy” to take a 70-pounder or bigger elephant. This is most certainly not the case. A “standard” elephant might be high in poundage, but will be measured mostly by his age. We will never take an elephant who is too young or have tusks that are not trophy size. Few hunters will mind the poundage when the moment comes where you stand 15 yards away from that old bull.

Your satisfaction would be in getting the right outfitter and the right area. Our outfitter tailor-makes your safari according to your wish list and your number one choice of trophy. They have qualified and hold the proper Namibian PH Dangerous Game licenses to personally guide their hunters. They hunt and personally guide the best dangerous game areas in the Caprivi so as to ensure your best chance on a quality big game trophy.

The Caprivi is one of the last remaining free-roaming areas where you can still feel Hemingway’s breath on your shoulder. Come and experience this true thrill.

Delivery of trophies to taxidermist for Dip/Pack/Crate