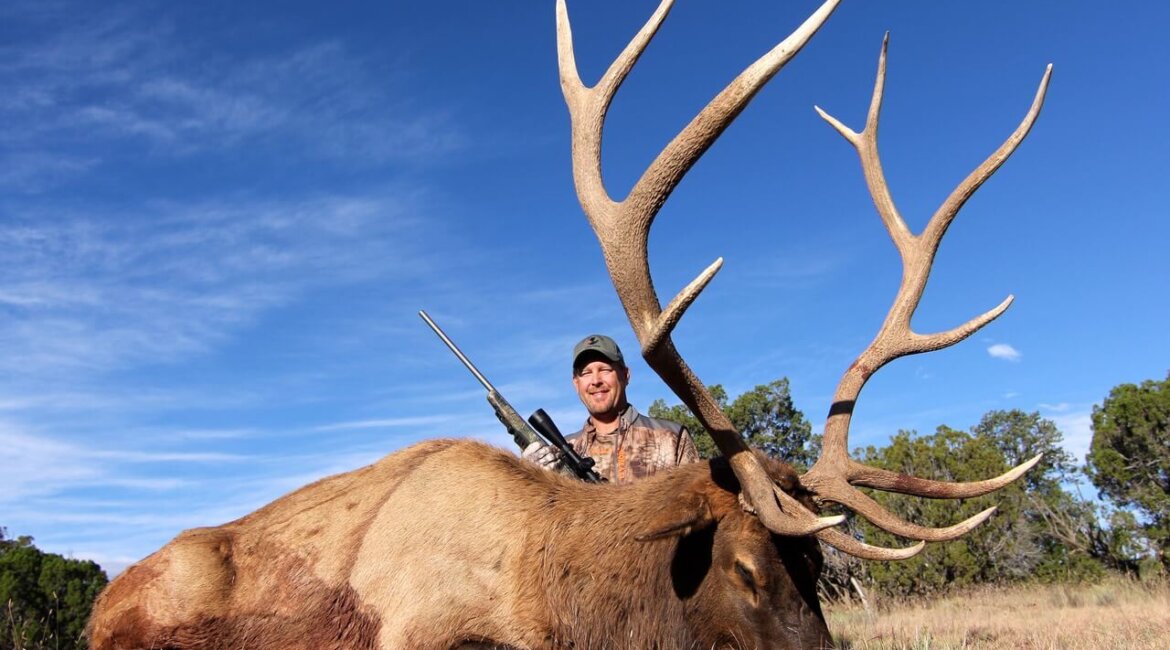 No Draw, No Problem!

No Draw, No Problem!

You Can Still Go on the Hunt of a Lifetime.

I have been very fortunate to hunt all over the world, but when asked what my favorite hunts are, the top of the list for me, in North America at least, is elk in rut. Hunting bugling elk is just plain fun. It can get intense at times, but the fun factor of pursuing vocal bulls is off the chart in my opinion. You generally hunt elk in beautiful country, and with the rut being in September and early October in most places, the weather is generally pleasant. After enduring warm summers, the onset of cooler temperatures and fall is a welcome change.

I like the fact that elk hunting is generally a physical hunt where you move with the animals trying to get yourself into the right position for a shot, and you aren’t just sitting and waiting (unless you take up a stand at a waterhole). Glassing can be an important tool while locating, judging and deciding how to move on elk, and sitting across a canyon watching a big bull corral up his harem of cows through my Nikon Monarch Fieldscope trying to figure out how to get in close is always a fun puzzle to try to solve.

My favorite part of elk hunting is the interaction with the animals through calling. I love being able to get a bull to bugle, moving to the right position, and trying to lure him into range by talking back and forth to him. With a bow you really need to get the bulls to commit and come all the way into close range for a quality shot. With a rifle or muzzleloader, as long as you can keep a bull talking and keep the wind in your favor, you can usually move on him to a point where you can get a shot depending on terrain.

I am building points in a lot of states for premium elk hunts, but I haven’t drawn one of my dream tags quite yet. I generally rely on our landowner tag specialists at WTA to help me find good hunts with guaranteed landowner tags, so I can hunt no matter the draw.

Last fall I was hunting in western New Mexico with one of WTA’s top elk outfitters on their private land utilizing a landowner tag. I had a rut rifle tag, and the bulls were bugling some, but the peak of rut had not hit yet. It was warm and we only had an hour or so in the morning and one to two hours in the afternoons when the bulls were vocal.

For a couple of days we chased a huge 370 class bull around, but he always seemed to be across the property line during legal shooting hours. One afternoon my guide Hunter Dane and I were on a high lookout glassing a huge brushy flat that elk were using regularly when I spotted some cows moving below us at about 500 yards. Most of the elk we had been seeing were between half a mile and a mile away, so the cows were a surprise. A few minutes later, I saw a nice 6×6 bull step through an opening following the ladies, and I got Hunter’s attention and showed him the bull.

He wasn’t the 370 we were after, but he was a beautiful mature bull, and on the third afternoon of a 5-day hunt, I told Hunter that we should make a play for him.  We piled off our perch, and within minutes we were in the thick brush where we had last seen the elk. Hunter made a few cow calls, and the bull screamed back from about 100 yards. We decided to move to an opening and see if we could call him out for a clean shot, but as soon as we moved, we bumped a cow that tore off through the brush after alarm barking.

We rushed up to the opening to see if we could spot the elk running off, and sure enough, about 200 yards out, the cows dashed across. I got my rifle on shooting sticks, and when the bull trotted out following the cows, Hunter hit him with a long pleading cow call, and he locked up and looked straight at us. I quickly put the crosshairs on his shoulder, squeezed the trigger, and shot right over his back! I rushed the shot and blew my opportunity.

The next morning we were back in the same general area on some bugling bulls, but they beat us again. On the walk back to the truck we heard a bugle, cut the distance, and Hunter began an elk conversation with the bull. I eased ahead trying to stalk the vocal elk, but eventually I came to a large meadow and the bull sounded like he was just across it barely in the timber. I felt he was bedded, so I backed out.

I told Hunter I had him located pretty well, and we should come back in the afternoon and try to get him in the meadow.

So at 3:30 we were sitting under a cedar waiting and discussing our game plan when the bull bugled from the same spot. I told hunter I could get us closer and the wind was perfect, so we moved up a couple of hundred yards and setup.

Hunter gave a few cow calls and a high pitched bugle imitating a young bull, an dthat really got the big boy fired up. Within minute cows began filtering out into the meadow, and behind them we could see a bull coming through the trees. When he stepped out, Hunter said, “don’t shoot, he has one antler broken off at the base.” About then a deep bugle erupted from deeper in the timber, so Hunter called some more.

The one antlered bull moved into the meadow, and about 30 seconds later, a much better bull trotted out pushing a cow and calf. Hunter stopped him with a loud cow call, and I took my time, lined up the first BDC circle on my Nikon Monarch 7 scope, and squeezed the trigger. The bull jumped straight in the air and took off. I knew I had hit him, but at over 300 yards, I wasn’t sure where.

We gave it a few minutes, but then hustled over to track him before dark. It didn’t take long and we were standing over a beautiful New Mexico monarch, and it just so happened it was the same bull I had missed the evening before!

This fantastic hunt would have never been possible without a landowner tag, and our staff at WTA knows where to come up with the best tags and the best hunts, no matter what game you want to pursue.