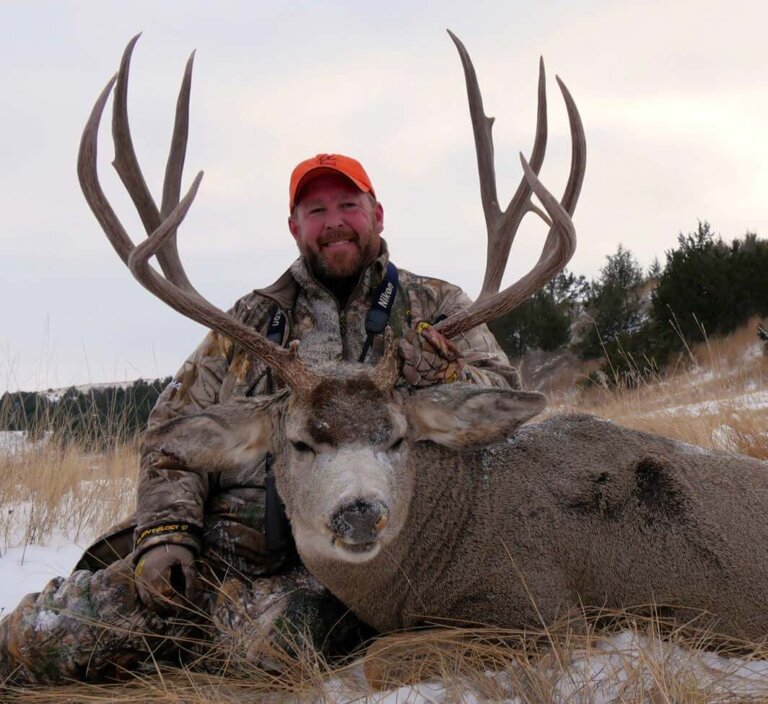 When we think of big whitetails, places like Iowa, Illinois, and Saskatchewan immediately come to mind. Likewise with mule deer, locations like Alberta, Nevada, and Arizona are commonly thought of as hotspots for trophies. One state that certainly produces its fair share of great deer, but is almost always overlooked, is South Dakota, and it has been one of my favorite places to hunt for years.

Over the past few falls, I have hunted South Dakota primarily for whitetails. I have taken nice deer, missed nice deer, and seen some real whoppers. I have also seen some really good mule deer and been in camp when mulie hunters brought in some giants, so last year when I drew a West River Special Buck tag, I knew I wanted to use it for a mule deer hunt.

The right man for the job

I called up my old friend Tom McReynolds who owns Black Mountain Outfitters and conducts quality hunts in New Mexico, Arizona and South Dakota. I told Tom I drew my tag, so we scheduled a hunt for mid-November. I would be filming for our TV show The Zone (on Sportsman Channel), and I knew the hunt had potential for some great footage.

Black Mountain hunts on a number of private properties just west and northwest of Pierre, and their hunters have killed a number of mulie bucks over the past 5 years in the 180-205 range. My goal was to find an old mature buck that would break the 180 mark, or if I saw a giant whitetail, I would consider using my tag for that.

Tom’s hunts are 2×1 guided, and I was paired with Casey Mendenhall from Colorado. I didn’t know Casey, but we became quick friends, and things worked out perfectly as he was primarily looking for a whitetail.

-22° wind chill temperatures and a foot of snow make for a challenging hunt. 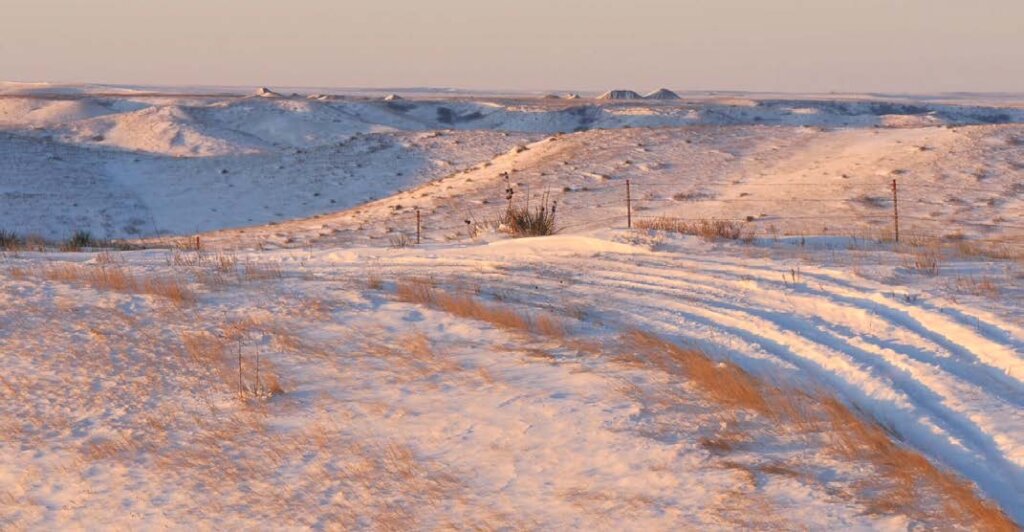 Winter had already hit South Dakota, and there was plenty of snow on the ground, and temperatures for the whole week were predicted to be bitterly cold.

On opening morning, we were driving a back road on our way to a ranch that Tom leases, when we saw a nice whitetail buck chasing a doe. We watched from the truck as he dogged her for 500 yards, and then they crossed the road and onto the ranch we could hunt. When they disappeared over a hill, we all discussed the situation, and I told Tom I thought the deer was a good solid 10-point that would score around 150. We all agreed that we should probably try to give him a look, so we geared up and headed out for a stalk.

After a few hundred yards, we were able to peak over in a canyon, and we saw the deer about 350 yards out. They didn’t know we were there, but they were walking down the canyon away from us. We backed off, high tailed it down the rim, and when we peaked over again, they were at less than 200 yards. Casey got on his shooting sticks, and quickly made a great shot on the buck. He only went about 50 yards and piled up. It was the first hour of the rifle season, and Casey already had a great buck on the ground. You talk about taking the pressure off!

After photos and taking care of the whitetail, we began looking for mulies. Normally, Tom likes to hike ridges glassing down into canyons, but with sub-zero temperatures and lots of snow cover, we opted to glass as much as possible from the truck. For two days, we looked over a number of mule deer bucks with groups of does.

The rut was certainly heating up as almost every small group of does had at least one buck with them or following them. We were admittedly being picky and passed up some nice mature deer, but I knew the area’s potential and was holding out for a bruiser. The first afternoon of the season, one of the other hunters in our camp took an absolutely stunning 194” buck, and that definitely helped my resolve.

On day 3, Tom told me we were going north to a ranch that had some big deer on it, but it also had a lot of cover for them to hide in. We took another hunter with us, as the ranch owner’s son would guide him. We probably saw more mule deer that morning than the previous two days combined, but we still didn’t see a really big buck. We were also keeping an eye out for a giant 160-inch 8-point whitetail that the ranched had seen for 3 days in a row.

At lunch, we all met back at the ranch house to have some lunch and warm up (it was -22 degrees with the wind chill at noon), and we learned that the other hunters had seen a giant mulie and watched him for over an hour earlier in the morning. The catch was that he was about 50 yards over the neighbor’s fence. The guys had to drive about 10 miles by ATV to get to where they saw him, but they told us the way the land laid, he actually was less than a mile from where we had been. After lunch, they made the obvious decision to try to find him, and we went on to our end of the ranch in the direction they said they had last seen him.

The first high point we stopped on to glass, Tom immediately said, “Here comes a good looking buck over the far ridge.” We got the spotting scope set up and soon realized if we could get a shot at this buck, we had to take it. We thought there was a good chance it was the same deer the guys had seen in the morning, but it was moving away from them and toward us, so off we went.

The buck was moving toward a huge canyon with lots of finger draws off it that was on our property, but he was still on the neighbor’s property and would have to cross a cattle fence. We began moving down a draw to try to cut him off if he did cross onto our side, and the snow under the ridge was knee deep. When we peaked out of the cedars we were using for cover, we could see the big mulie on our side of the fence and on a track that would put him straight across the main canyon from us. It appeared that he was scent checking each little cedar choked draw looking for a hot doe, so when he went out of sight in the next patch of trees, we scrambled down the hill a bit further to cut the distance of a possible shot.

He slowly walked out in a snowy opening, and I was ready and on my shooting sticks. I was shooting a TC Venture in .300 Win. topped with a Nikon Monarch scope and BDC reticle. I was loaded with 180-grain Winchester Accubond CT’s, and had worked out the load with my BDC for longer shots. I ranged the deer at 331 yards, and upon checking my BDC sticker on my scope, I saw that my first circle under the crosshair was 307 yards. I figured this would be close enough, so I put the circle on the front of the buck’s shoulder, and slowly squeezed.

When I came out of the recoil, I saw the buck lurch up on his hind legs, flip backward and slide down the hill 20 yards where he came to rest under a clump of cedars. I honestly was a bit surprised that I had made the shot in a strong 25mph cross wind, but I have made a number of such shots over the past few years utilizing the BDC. It truly makes an average shot like me much more accurate.

We quickly made our way down to the fallen monarch, and Tom and I were both very surprised. The buck was much larger than we both originally thought, and Tom guessed him at over 190”. I am a pessimist and thought he would easily make 185”, and that was absolutely fine with me.

After a very cold photo session we headed back up the canyon, and it was almost 10 p.m. before we could get an ATV down in to the buck and get him out. The next morning after breakfast, Tom, who is an official measurer, scored the buck at a whopping 197 5/8” gross. He certainly fooled all of us, but in a very good way! Later in the week, another of Tom’s hunters took a great 32” wide 180s buck that just further proved what potential the area has. You won’t see 100s of mule deer a day on this hunt, but if you see 10 to 20, there is a good likelihood that one of them will be a true trophy. You can bet I will be putting in for that tag again next year, and if I draw it, I will be right back with Tom looking for another amazing South Dakota buck. 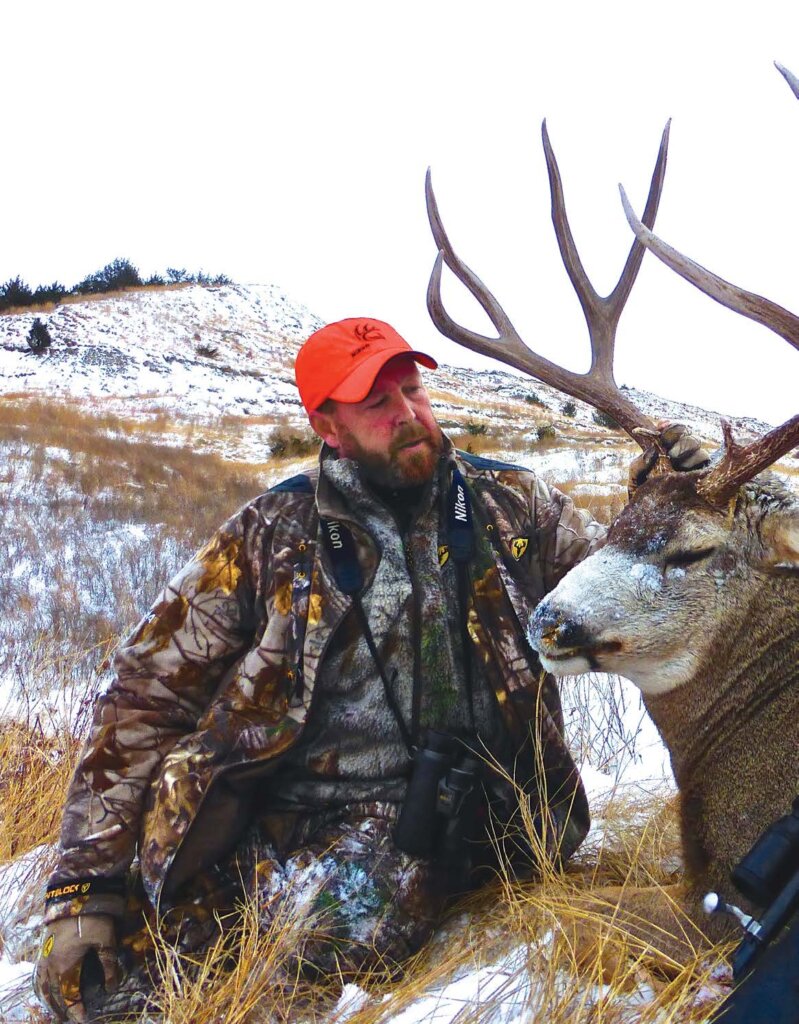 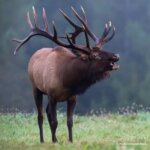 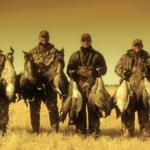 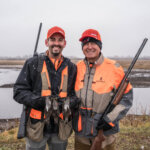 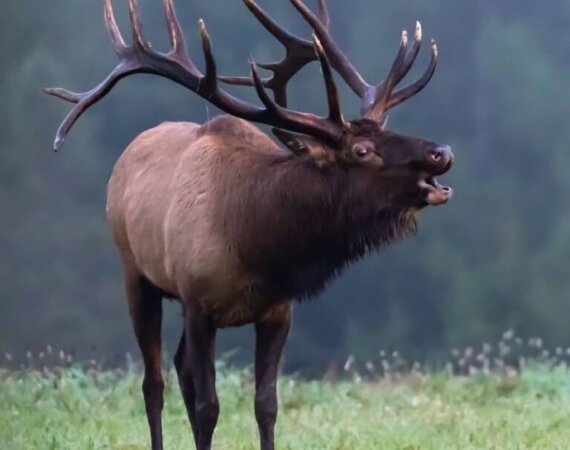 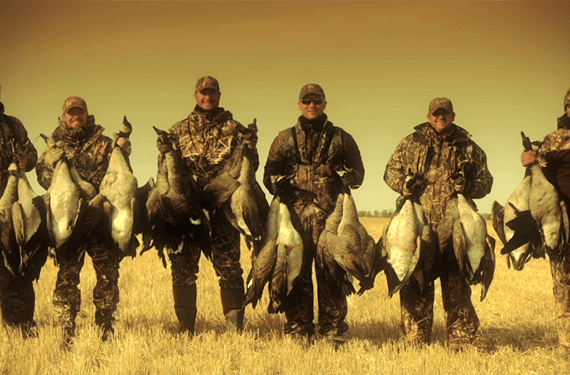 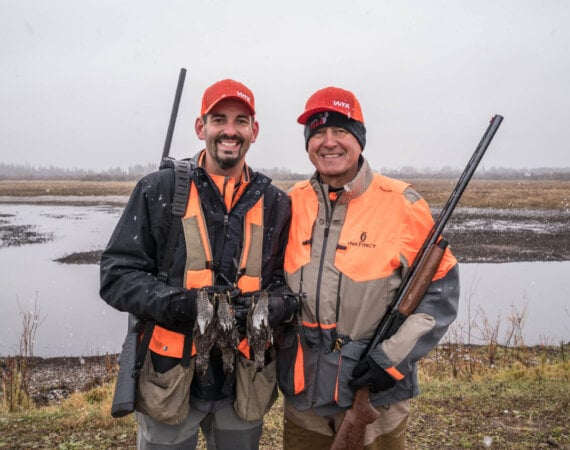