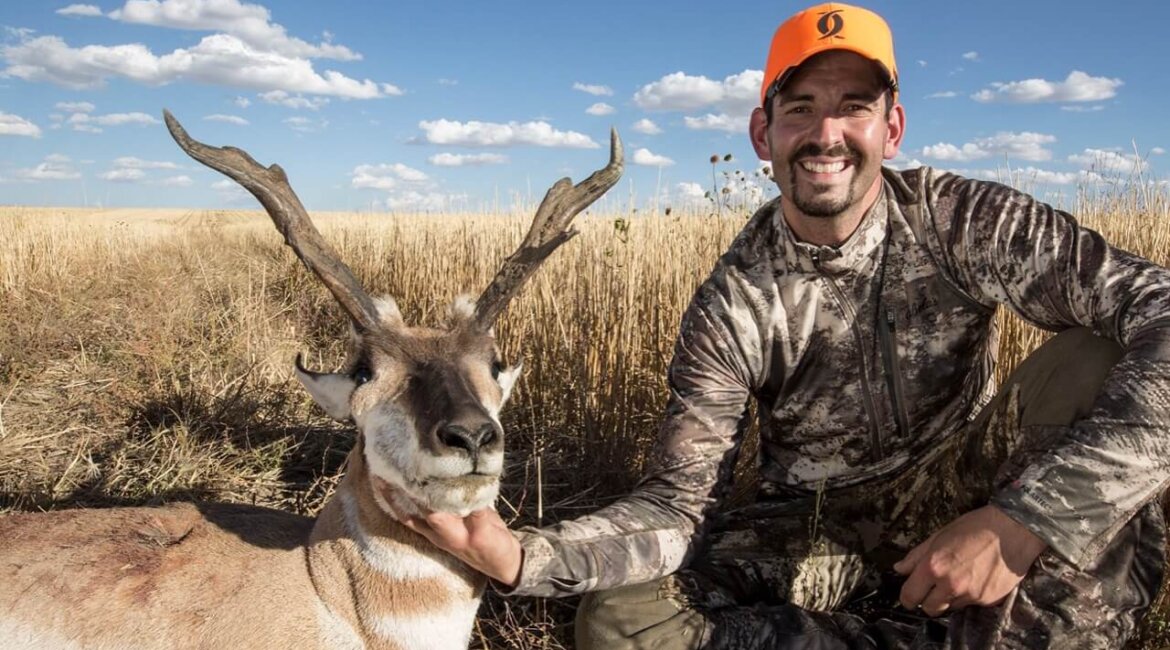 Mark Peterson, CEO of Worldwide Trophy Adventures, is working on a unique task: completion of the NA29 with bow, rifle, and muzzleloader. His muzzleloader antelope hunt was this fall. You can track the status of this quest on his website, www.markvpeterson.com.

In October 2016, I had the privilege of hunting, once again, with some of my best friends, Jason & Josh Whitaker of Whitaker Brothers Hunting Co. I hunt with these guys not just because they’re my friends, but because they’re some of the best guides and outfitters in the business.

This hunt, in the eastern plains of Colorado was for a muzzleloader antelope.  Now, I’m a sucker for character. The bigger the freak, the better. When I see a trophy with something super unique, I know that’s the one I’m going to target.  There was a particular buck in the area, that had horns which flared out versus coming in like a normal buck.  This buck was gnarly and definitely something special—especially since his prongs were also a little lighter in color than usual.  He was number one on my hit list.

This particular Colorado rifle season fell during the rut.  We saw a ton of antelope bucks chasing does when we were in the field. We saw a bunch of great goats, but the second I saw this unique shooter on the hoof, I knew he was the one. Since I was using my muzzleloader during the rifle season, I was able to use a scope which extended the range I was able to shoot.  My Gunwerks Muzzleloader was grouping out to 500 yards.

The Trouble with Antelope

While antelope hunting it is normal to see lots of shooters.  The challenge is getting into shooting range as the bucks are chasing does all over and they are generally running in flat areas. Antelope have exceptional eyesight. This can be a problem for many hunters since you either have to be able to get close, while staying out of sight, or be able to shoot from a far distance. However, if you go with the right outfitter, or hunt in some of the best areas, it is a bit easier to bag your buck.

Luckily, the buck I was after chased a group of does over a hill.  This allowed us to sneak up to the top of the hill and ease over.  We spotted the does before the buck, but he wasn’t far away.  The shot ended up being around 250 yards and my hit was right on the mark.  Upon getting up close I was able to see just how unique my buck was, he was a truly an awesome Antelope.

I definitely recommend hunting with the Whitaker Brothers or any of WTA’s other great outfitters. They will make your hunt so much easier. They know the lay of the land like the back of their hand and have lots of tricks to staying hidden while you close the distance for a shot. Definitely scope your muzzleloader if you can.  In Colorado’s muzzleloader season, you can’t use a scope, but you are able during regular rifle season.  There are a ton of bucks on the eastern plains of Colorado, and I never fail to see numerous shooters whenever I’m out there. Since there is such a high population of antelope, you exponentially increase your stalk opportunities. All in, the eastern plains of Colorado is a great place to go antelope hunting. 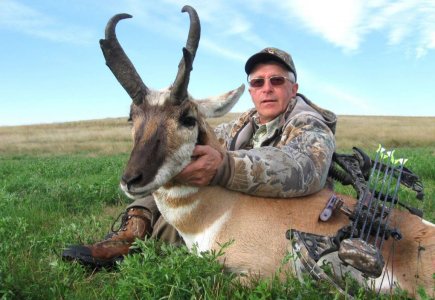 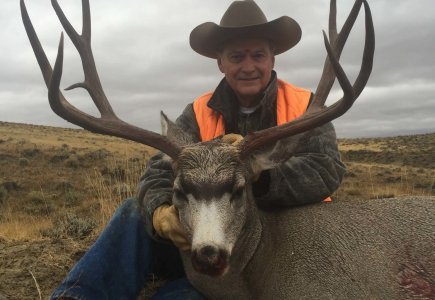