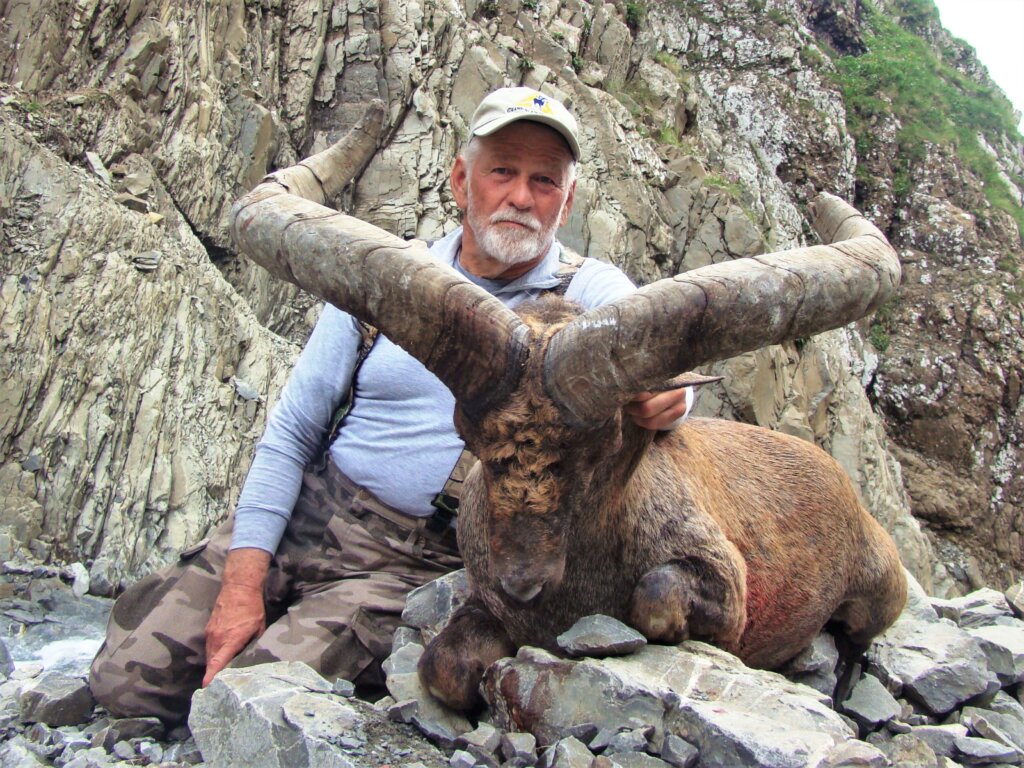 The hunt for Dagestan Tur is considered to be the ultimate test for mountain hunters as it requires good physical condition and mental toughness. It is described by many as the toughest of all mountain hunts.

Our operations take place around the town of Scheki situated on the southern slopes of the Greater Caucasus range. Hunting grounds in the Caucasus Mountains lie at the altitudes between 5500′- 10500′  (1700 – 3000m ) and the camps are reached by horses. Hunters are accommodated mainly in tented hunting camps. Apart from tents, some hunting areas have small cabins that can be used for lodging.

Hunting runs from early June through December. But the months of August and early September are the best times for the hunt of this species. Early October can also offer some hunting but weather condittions tend to change abruptly by the beginning of the month. Yet the first half of October can offer some of the best hunting. We don’t recommend hunting Tur in November and December since weather is unsteady and always gets in the way of hunter’s plans.

itinerary   Due to excellent population of animals, Eastern Tur hunt requires 5 hunting days. Along with the days reserved for travelling from/to Baku, the total number of  days for the whole organization is 8. Below is the tentative day by day itinerary;

Day 07…………return back to Baku and overnight.