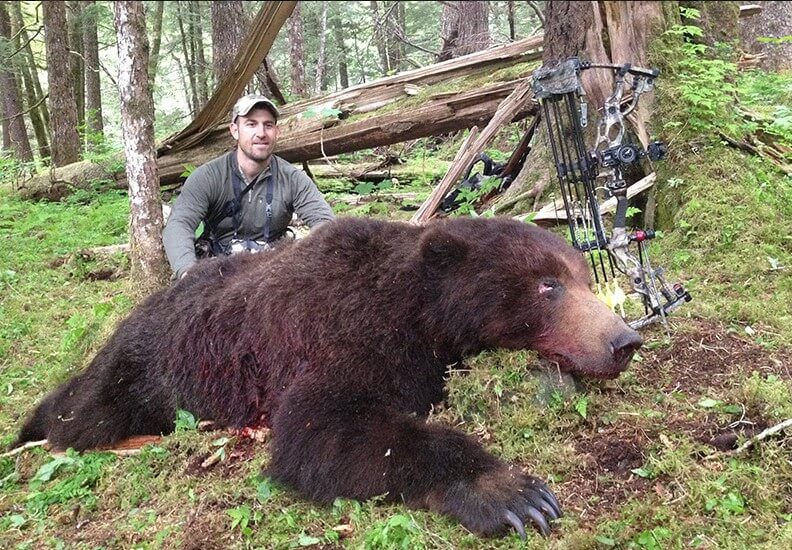 The ABC (Admiralty, Baranof, and Chichagof) Islands of southeast Alaska are known for their dense population of brown bear and color phase of brown bear. It is estimated that these islands have a brown bear population of one bear per square mile, the highest in the state.  This hunt takes place on Baranof Island with an outfitter who has been guiding here for over 25 years.  Over the years, hunters have experienced high shot opportunities on mature bears, some of which have stretched the tape in excess of 9′.  All hunts are conducted from either a 35 ft or 75 ft yacht equipped to make the ultimate spike camp. Each boat can accommodate two hunters and two guides along with all of the amenities of home. Skiffs are towed along so that you and your personal guide can access the shoreline and glass for bears.  The spring hunts are conducted by skiff, which guide/hunter use to access prime hunting areas along the coastline. A typical Spring hunt consists of cruising the shorelines and glassing the open terrain until a bear is spotted, then the stalk begins. Fall brown bear hunts are very exciting and typically take place along one of the many salmon streams in the area.  #336

Fly to Sitka, and charter to the hunt area. Charter is approx. $500/person.

Day 1: Fly to Sitka, Alaska where and overnight.

Day 2: Transfer to the hunting area.

Day 12: After hunting on this day, you will depart for Sitka, and overnight.