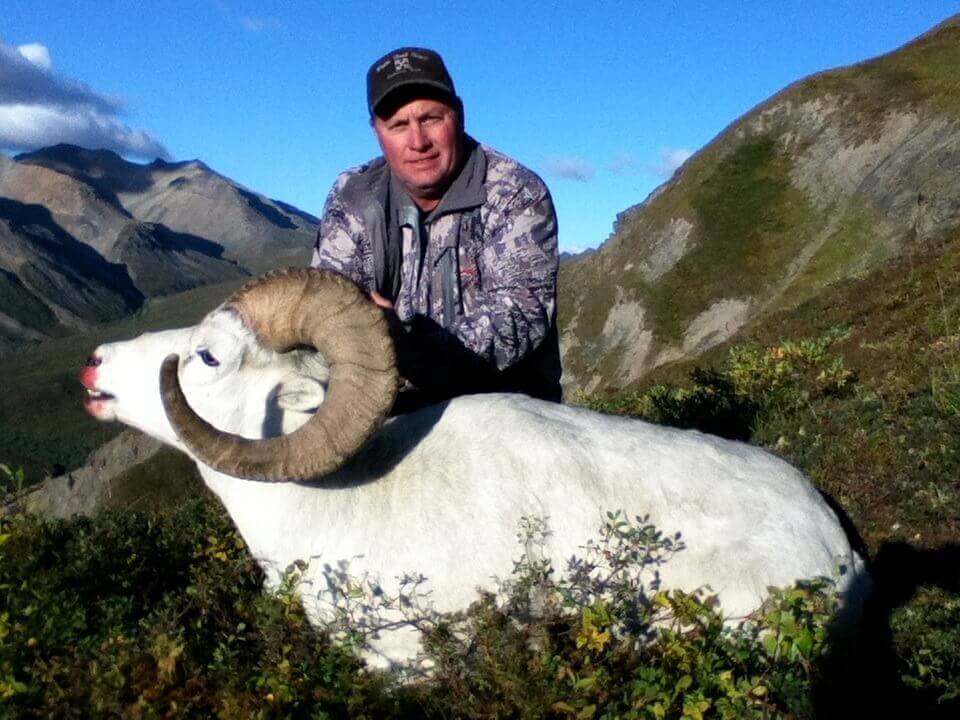 This is a classic horseback sheep hunt in the famed Alaska Range east of Denali National Park.  This Alaskan-born, family-run outfit has been offering successful hunts in this same area for over thirty years.  They have built a reputation as one of Alaska’s premier outfits for not only dall sheep, but for Alaska-Yukon moose, grizzly, and caribou (caribou permits on a draw).  These 10 day plus hunts begin in early August and end on 20th of September, and are guided 1×1 with a wrangler. The sheep population in this area Is very healthy and hunters have experienced high shot opportunities over the past several years. Trophy rams will range on average from 34-36 inches with a few that have stretched the tape over 38”+.  They have two camps strategically located in game rich areas of the unit.  While there is good hunting around base camp, expect to “spike out” for a few days at a time to get deep into the heart of the hunting territory.  Base camps consist of primitive cabins and framed tents with cots and wood stoves.  This is one of our top picks for a true Alaskan horseback hunt in some of Alaska’s most beathtaking scenery.  Early reservations are required.

Fly to Fairbanks AK, take the shuttle or train to Healy AK where you will met by outfitter and overnight. Charter to camp ($1.500) the following morning.

Below is a quick snapshot of your travel: