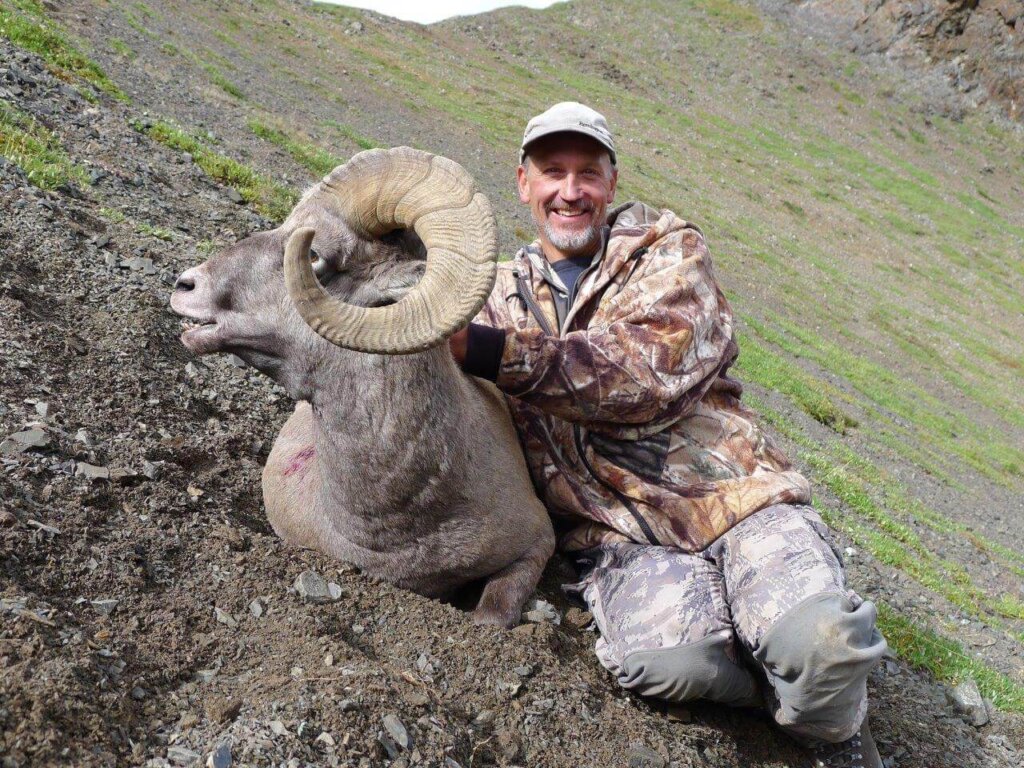 Russia’s far Northeast is one of the most game-rich areas in the country.  These snow sheep hunts take place with one of the most experienced and seasoned outfitters in the region. Successfully hosting hunters from all over the world for over 30 years, this outfitter offers high success trophy hunts for Koryak and Chukotka snow sheep in the remote mountains of NE Eastern Russia.

Koryak Snow Sheep- The Koryak Snow Sheep is the close relative to the Kamchatka Snow Sheep (Russian Bighorn). They are defined as any sheep living north of 60° N latitude and south of 64° N. This outfitters hunting area is located at approximately 62° N.  The hunt area is located in the Koryak Mountains and is accessed by helicopter only.  All hunts are fully guided 1×1 with experienced guides and modern equipment. This remote hunt will have you glassing the open landscape from the valleys until a trophy ram has been spotted. All hunts are conducted by backpack only by foot at around 4,500- 6500 ft in elevation, hunters need to be in very good physical shape. The Koryak Snow Sheep is slightly smaller in proportion than its close relative the Kamchatka Snow Sheep with the white muzzle and rump patch not as pronounced. Trophy rams will range from 138″ SCI with top end rams pushing the 143″SCI.

Chukotka Snow Sheep – Chukotka snow sheep lives in the south part of Chukotka close to boarder of Koryak ridge. This hunt region is similar to that of the the Koryak Snow Sheep. This region of NE Russia has one of the most diverse climates in the country with temperatures reaching down to -25°F three to four months out of the year. The Chukotka snow sheep are only found in this region and in reality only a small portion of it is habitat for the sheep. It is believed that there are several different mountainous areas of Chukotka where the sheep can be found, but not in large numbers. The Chukotka Snow Sheep are a noticeably lighter in color, much like Fannin sheep in North America, and have a thick, soft, wooly hair, strikingly different than the hair of other snow sheep found to the south. Trophy rams will measure 137″ SCI to over 150″ SCI.

This outfitter utilizes tented camp base camps where you will depart each day for your hunt. All meals are provided, hunters need only to bring their personal items. The outfitter requires 4 hunters per hunt period at a time. These sheep hunts can be conducted as a combination hunt for hunters looking to collect the world slam or as a single species hunt. As availability is limited early reservations are required. Give WTA a call today.

Aug 11  Helicopter from Koryak area to Chukotka area
August 12 -19 Hunting days
August 20 helicopter transport to Korf, overnight
August 21 departure Korf to Petropavlovsk overnight
August 22-23 Extra days if going back through Anchorage.  This flight is only one flight per week. If you depart earlier you will need to fly back through Moscow, which is daily.
August 24 fly back to Anchorage, AK.

Excludes: Commercial air to Moscow or Petropavlovsk/Korf, Visa, gratuities, hotel stay prior before or during the trip, overweight baggage, trophy shipment from Russia to the final destination.

*Direct flight from Anchorage may be available.