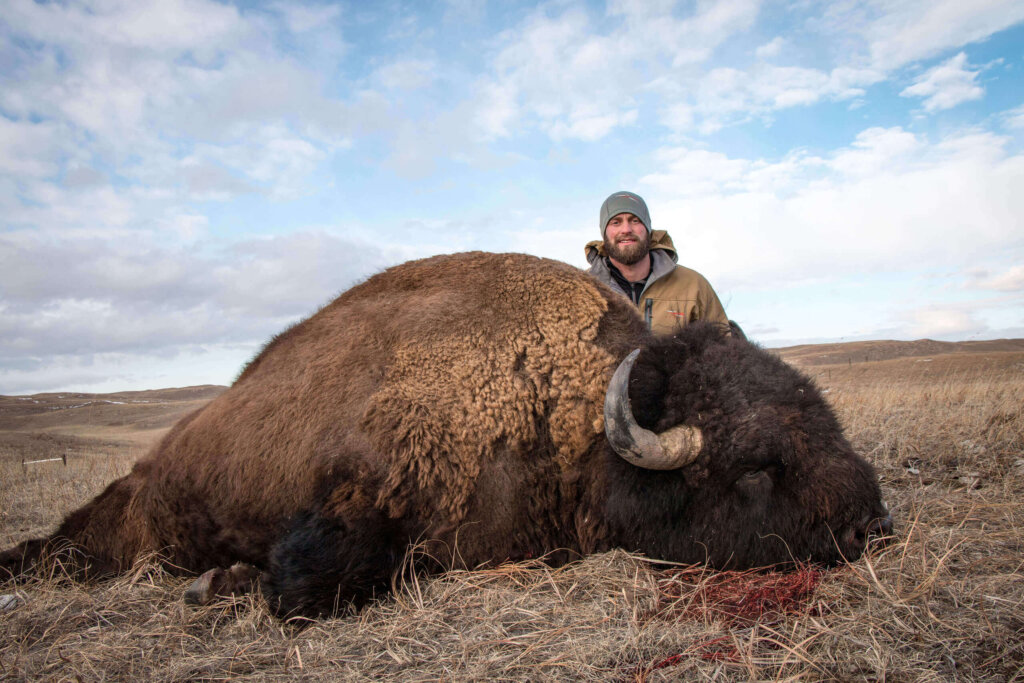 Here is your chance to experience a taste of the American bison’s storied history!  This hunt will take you back to a time when massive herds of bison roamed the Great Plains.  Once numbering in the millions, they were nearly exterminated in the 19th century due to commercial hunting, slaughter and the introduction of bovine diseases.  Through sound management of ranchers, hunters, and state and national governments, the American bison’s rebound has been incredible.

This hunt takes place in the heart of the scenic Nebraska Sandhill’s on a large private ranch. This historic ranch was the site of “The Battle of Blue Water”, the first major conflict between the U.S. Military and the Sioux Indians from 1854 to 1856. It is also the site of a naturally occurring spring called “Gusher Springs.”  Gusher Springs is believed to be the second largest spring in Nebraska with a measured flow of 3,750 gal./min.

This outfitter is offering a limited number of trophy bison hunts annually. These are all 100% DNA tested pure Bison. Trophy bulls are 8 years of age or older and range from 1700-2000 lbs.  The ranch is home to 4,000 head of bison.  These hunts are conducted on 3000-5000 acre tracts of land.  You and your guide will hunt by glassing for the bulls from a 4×4 pickup or UTV and then putting a final stalk together on foot to get in range.  There are also meat cow hunts available that will provide your family many healthy meals.

Meals and Lodging are not included with this hunt.  Talk with your consultant on where the best place is to stay.

All hunts include the entire animal.

Included in price of the hunt

Lodging is in a nice, fully furnished ranch house

Day 3: Depending on processing time you may need to overnight this day prior to  your return trip home.