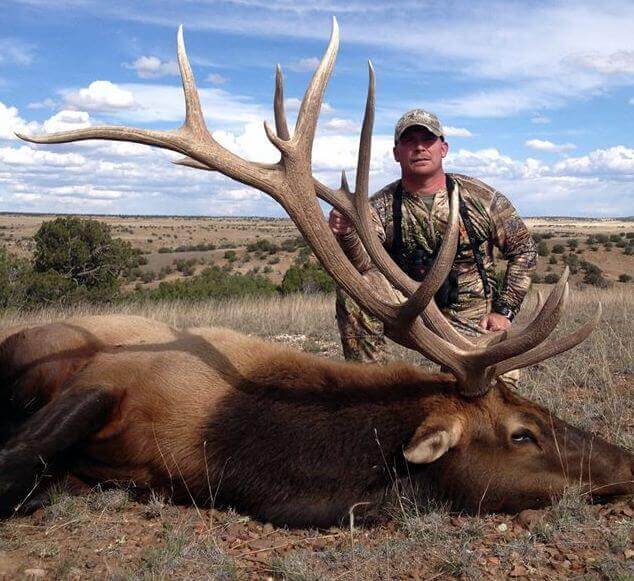 This New Mexico elk outfitter provides hunts in Unit 12 on several thousand acres of private land. The elk hunting is this part of the state is as good as it gets.  The private parcels you could be hunting range in size from 8,000 to 9,000 acres to others that are over 15,000 acres.  There are a lot of great opportunities for elk hunting here from September archery hunts during the rut to early season rifle hunts in October to late season rifle hunts in December when solitary bulls and small bachelor groups are found.  All of their locations in Unit 12 have good core numbers of elk. The average bull harvested here will typically be in the 300″ class, and they always put a few bulls on the ground each year that score between 340″ and 360″. A small camp atmosphere (2-4 hunters) makes for a very enjoyable hunt.  For archery hunters, some of their ranches are also set up for archery only! This has produced some great opportunities over the years, placing clients in optimal situations to maximize their experience as an archery hunter. Lodging consists of comfortable cabins to wall tents on the early hunts to cabins or motel on the later rifle hunts.  The terrain here consists of rolling hills of pinion juniper with an abundance of rye fields.  This hunt is suited to meet anyone’s physical capabilities.

Fly to Albuquerque, rent a vehicle and drive to a designated meeting place near Quemado, NM.