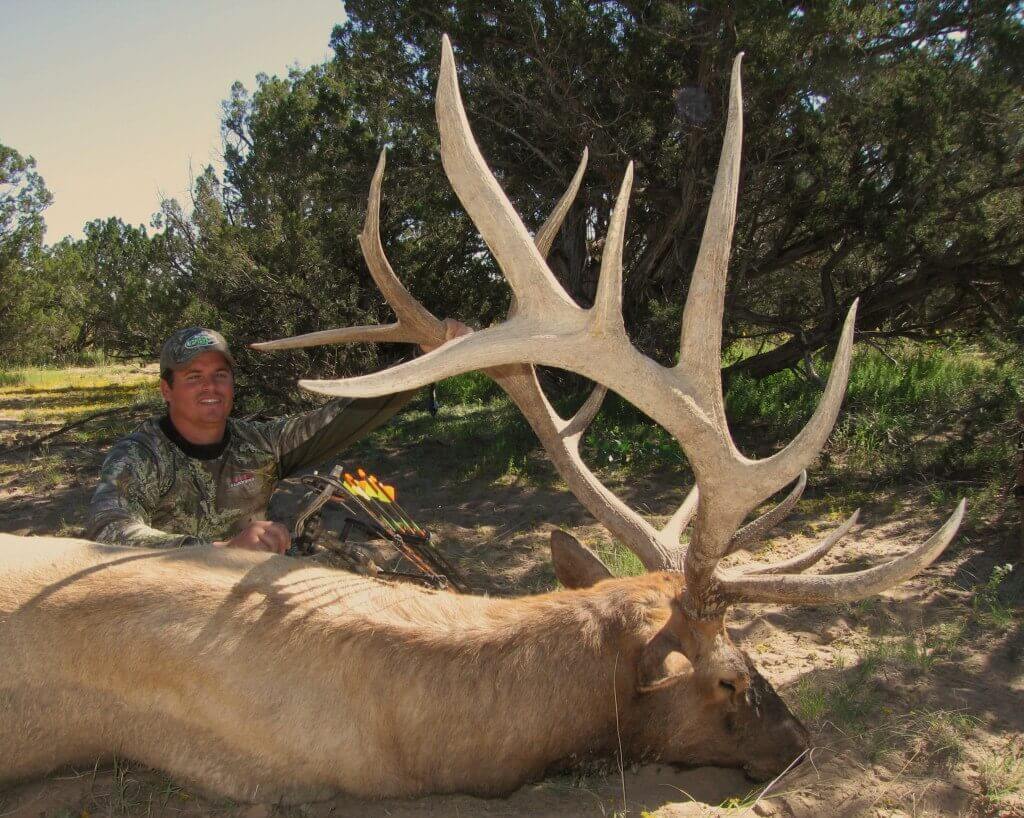 New Mexico archery elk hunt on several large ranches totaling nearly 400,000 private acres! This New Mexico archery hunt takes place in the west-central part of the state close to the Arizona line. The genetics in this area are some of the best in the west, known for producing some of the biggest bulls to come out of New Mexico every season. In fact, the current (440″) and prior (427″) state record bulls have come off these ranches, both taken with a bow!

Hunters are accompanied by experienced guides, and you’ll access the property by four-wheel drive where you’ll glass, call, and spot and stalk your trophy bull. Three archery hunts are offered. The early September hunts can be warm and are typically water hole hunts, but this can also be a great time to locate a big bull before he gathers his cows. A mid-September is offered and this is usually when the bugling activity begins to pick up and cooler weather moves in and bulls begin to compete for territory. Finally, a third bow hunt is offered and is usually during the peak of the rut when lots of bugling and calling takes place. These are 6-7 day archery hunts so you should have time to have some great opportunities at bulls.

This is not a physically demanding hunt. The topography consists of rolling hills and small canyons interspersed with pinion juniper and sage brush flats. The area supports a healthy population of bulls and a high success rate on 6×6 bulls. This is a trophy hunt for mature bulls only so hunters need to be prepared to pass on younger bulls. Accommodations are comfortable with guest cabins and a large main lodge where meals are served. An onsite skinning shed with walk-in cooling facilities to hang your game.

Fly to Albuquerque, rent a vehicle, and drive about three hours to camp.