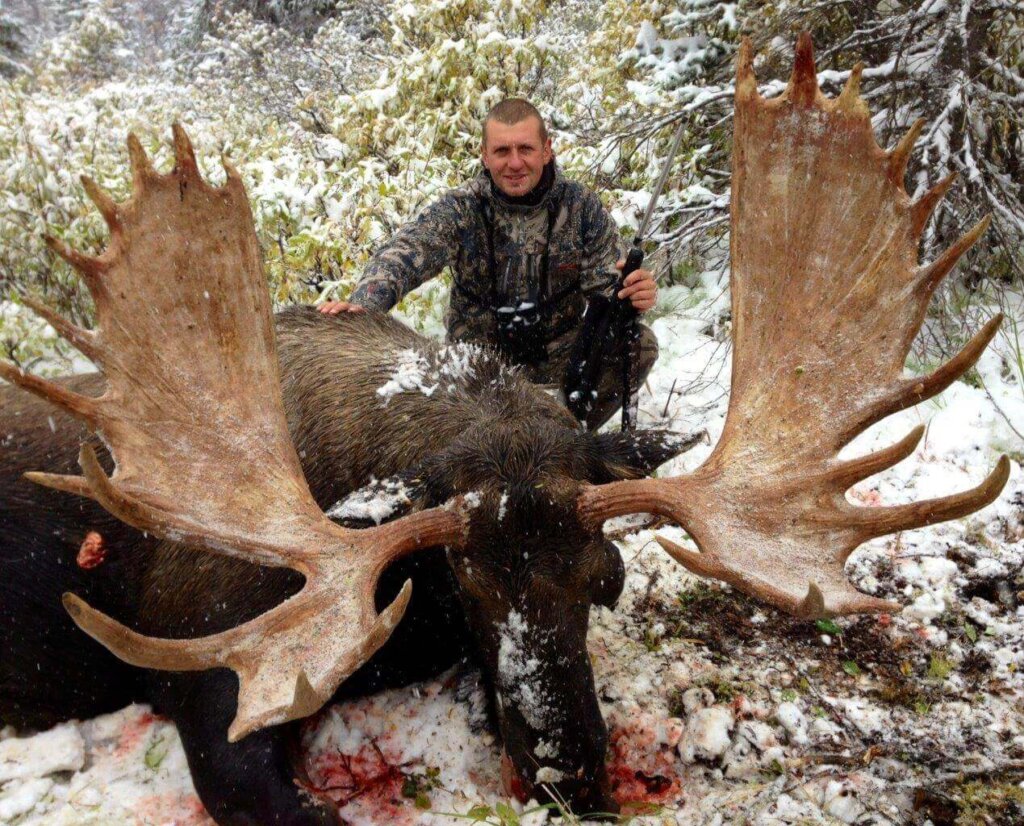 Trophy Bulls in the Mackenzie Mountains

The Alaska-Yukon moose is one of North America’s most sought after trophies and is a “Must Have” for any North American big game hunter. The Mackenzie Mountains of the Northwest Territories is often overlooked by trophy moose hunters due to limited availability and the need to book years in advance. That being said, for a for the fortunate few it still is producing some of the largest bulls in Canada. This family run operation has been successfully hosting trophy hunters for sheep, moose, caribou and goat for over 40 years and is considered by most as one of the best. Their vast territory spans approximately 7,000 plus square miles of pristine mountain drainages, rivers, streams and mountain peaks. This hunting area is one of the most game rich wilderness areas in all of the NWT. All hunts are fully guided 1×1 by experienced guides with a passion and respect for big game hunting. Due to the vastness of the hunt area this outfitter utilizes helicopter transfers to access tough to reach hunt areas from their base camp. This allows you and your guide to hunt the highest concentration of bull moose in the territory.  Over the years this hunt has provided hunters extremely high shot opportunities on bulls measuring from the upper 50’s to over 70 inches. All hunts are wilderness backpack tent camp hunts. In addition to moose if reservations are made early enough and there are permits remaining this hunt can be combined with world class mountain caribou on a trophy fee bases This combination is one of the most sought after in all of the north country and early reservation are a must.

*Mountain Caribou can be added after moose is harvested if time permits and tags are available. $4,500 to hunt & $4,500 trophy fee upon harvest.

$1,500 charter to base camp due upon arrival , hotel stays before and after trip, gratuities, license and export fees.

Fly to Norman Wells, NWT where you will be met by outfitter and charter to base camp.

Day 2: Fly to Norman Wells NWT, oufitter will meet and transfer to base camp.

Day 12 Charter back to Norman Wells, NWT and overnight