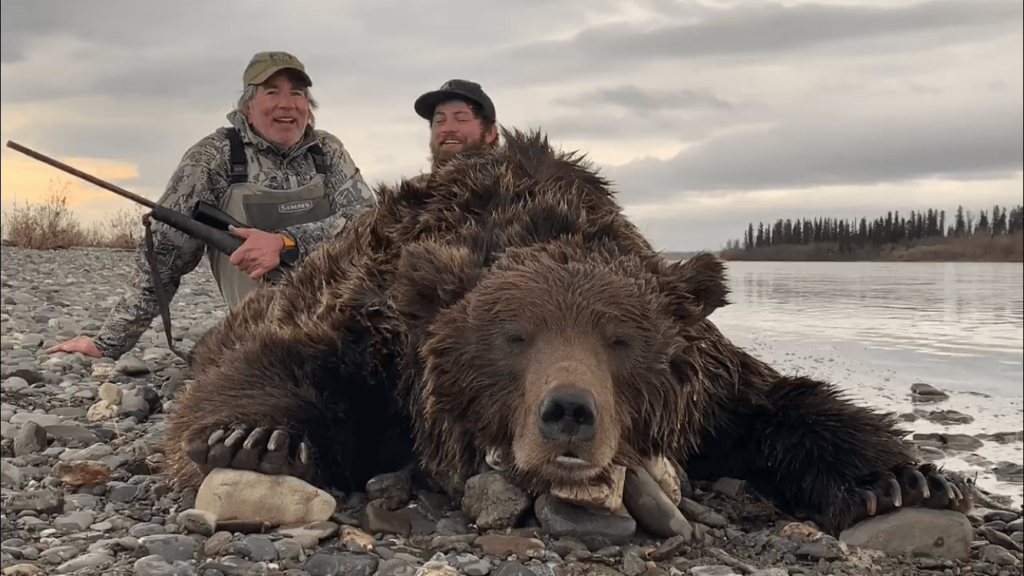 These World-Class Arctic Grizzly hunts are offered in two different hunts areas of Western Alaska. One is “Open” and the other is held within an “Exclusive Federal Preserve Concession Area”.  This region of Alaska is comprised of thousands of square miles of the pristine Alaskan tundra, numerous rivers and streams teeming with protein-rich Arctic Char & Salmon which provide the ideal food source and environment for trophy bear.

All hunts are conducted north of the Arctic Circle in the fall season. The bear in this region has color variation, with light blonde being the predominant color. Shot opportunities are extremely high and mature bears will typically range from 7′ to a little over 9′ + square. All hunts are fully guided 1×1 with experienced guides via spot and stalk. Days will be spent glassing mountainsides for bears feeding on blueberries,  recent moose & caribou carcass, or roaming the numerous rivers and streams.

The spring and fall hunts historically produce monster trophy quality bears with a high percentage making the minimum requirement for B&C.  Spring hunts are conducted by use of snowmobiles during the month of April. Fall hunts are conducted on rivers with jet boats as the primary means of transportation.  Give WTA a call today, this is one of the best bear hunts in North America.

*caribou may be added an $8,500 trophy fee depending on fall hunt dates

*includes round trip charter to and from Kotzebue

Purchase license and tags online prior to arrival. Contact outfitter for assistance.

Tag and license, accommodations in town before or after your hunt, or due to the inability to fly due to bad weather, transportation or shipping of trophy beyond Kotzebue and gratuities.

Fly to Anchorage, Ak, and overnight. The following day, take an early flight to Kotzebue, outfitter will meet and charter to the hunt area.