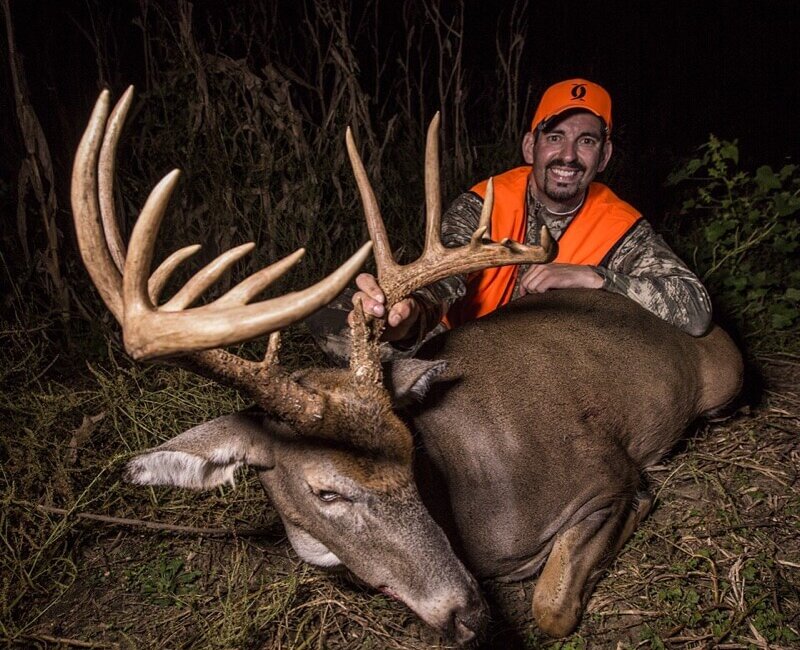 One of the hardest parts in planning Triple Threat (NA29 x3) is picking the best locations and seasons to hunt that have the best odds in getting the best trophies and the best odds at reaching my NA29 x3 goals. Luckily, I have an ace up my sleeve: George Cummins and Salt River Outfitters in Kansas & Kentucky. Since George and I own and operate SRO together, it makes my decisions around whitetail & Eastern turkey hunts a no-brainer.

Kansas is one of the few states that allows an early muzzleloader season. The early muzzleloader season is a great chance to harvest big bucks as the deer are still very pattern-able—they haven’t strayed from the pre-season habits they’ve developed since they have not been disturbed for most of the year. The weather plays a lot in this hunt; If the weather is bad or too warm, it makes hunting incredible difficult. And, as all Midwesterners know, our weather is very temperamental. Right now, we’re in the middle of late-November rains and 60 degree weather, and we’re only 3 weeks away from Winter. Usually we have quite a bit of snow by now.

On this year’s early-September Kansas hunt, the weather was extremely hot, as the temps had not cooled off.  It was in the 80’s on the day I was fortunate to harvest my whitetail with my muzzleloader. As it was the week after the full moon, I believe this added to the success of the hunt.  But, this was pure luck.  I was scheduled to be in camp the opening week, which has traditionally been the best week to hunt, but because of another trip I wasn’t able to join until the 2nd week.

The first couple days of the hunt had been slow, but the temperature was pushing 100 degrees each day and we were coming off of the full moon.  I knew early on that this night was going to be different as we had 2 does come out 90 minutes before dark, which was the earliest we had seen any deer so far.  Then, with about 20 minutes of light left, two smaller bucks popped out. They were followed by the big buck we had on trail cam that was also #1 on our hit list.  It took him a few minutes to work in position for a shot, but he didn’t have a care in the world. The wind was perfect.  My shot hit its mark and he only ran about 50 yards.  The deer was even bigger in person than he was on trail cam pictures as his body was a lot bigger than we thought.  It’s not often that you go and get the animal you came for, but it did on this hunt. 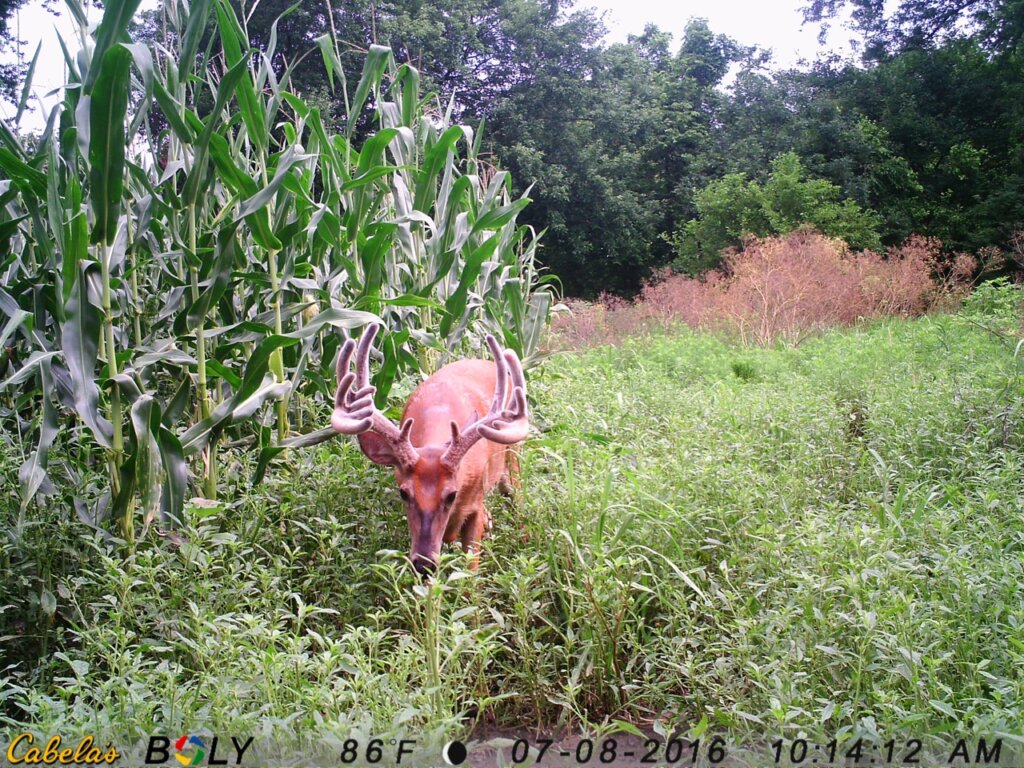 As always, scouting plays a key role in success when you’re chasing muzzleloader whitetail, and George knows his leases. He can almost predict which way the deer are going to go through the fields. Typically, you will only want to hunt nights, so that you don’t push the deer out of the prime areas, since there is a good chance they are feeding in the areas you would typically be hunting in the morning.

All things considered, I would recommend the early Kansas muzzleloader hunt to anybody looking for a great chance at taking a big buck.

All the best in the great outdoors

Jess Schmidt is the writer on staff at WTA. When she is not working on our print catalogs and social media, she’s writing about what’s going on right now in the hunting industry! 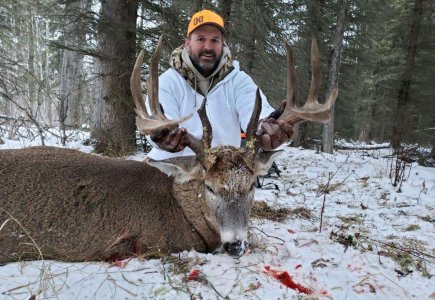