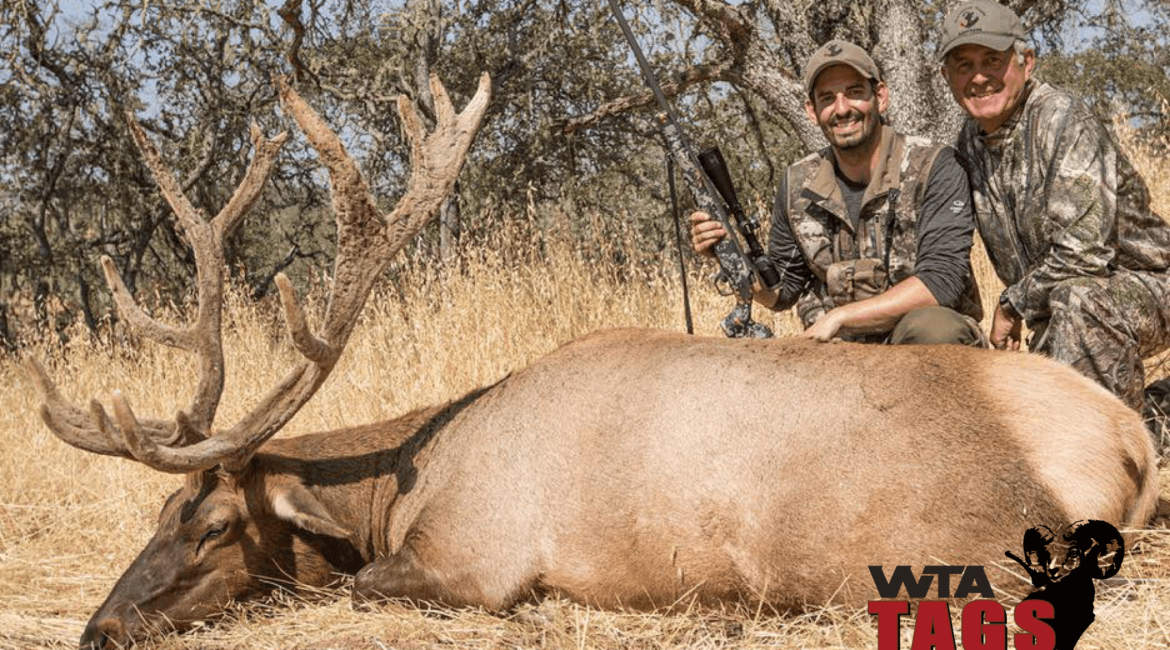 This guest blog comes to us from Mark Peterson, CEO of WTA and Host of Cabela’s Instinct.

Outside of the Lake Michigan coast that I call home, one of the most beautiful coasts in the country is in central California on the Pacific Ocean. This past July, I was able to chase Tule Elk with one of Worldwide Trophy Adventures’ best outfitters who specializes in Tule Elk. You always get what you put in, and booking with this specialist was the best decision I could have made for this particular species. The majority of Tule elk hunting is done with landowner tags on private land, so doing your homework and knowing exactly what ranches the outfitter has access to is key. Tule are the smallest sub-species of elk, and the only herds of these elk, and the only hunting you can do for Tule, is in California.

The Tule elk season opens in early July. To my knowledge, it is the first elk season to open up. Because of this, temperature can be a major factor. Our temps reached triple digits during the day. As a result, elk movement came to a standstill. It definitely slowed down the pace of the hunt. The heat also impacted us when we were glassing. The earth seemed to almost be a mirage, with light shimmering in the hot air and distorting what we could see in our scopes. Because of these extreme temperatures, we focused on hunting early in the morning and late at night, when the temps died down a little.

As you all know, I love being able to hunt with my dad, Earl. It is a special tradition that he’s passed along to me, and I wouldn’t trade the time I spend with dad in the field for anything. Dad and I hunted two different ranch leases while we were in the central Californian coast. The one we hunted for Dad’s Tule was quite a bit flatter, with more fields, so the elk would come down in the morning and at night. We tried to catch them as they moved in and out. These elk were far enough from the coast that they were out of velvet and in the early stages of the rut already. The bulls were starting to bugle, but not yet chasing.

After dad shot his bull, we moved west to a hilly ranch area, so thankfully the temperature was a little bit cooler. The elk there were still in velvet, which always makes for a spectacular hunt. It’s pretty incredible that herds only 20 miles apart would be in such different stages just because of the ocean cooling everything down. We both were able to take a great bulls on two vastly different ranches.  Compared to the ranch that we hunted for dad, the bulls on the ranch I hunted weren’t rutting at all and basically were in summer feeding patterns. So again we focused on hunting early in the morning and late at night. We ended up spotting my bull late, just before dark. Luckily, we turned him again the next morning. It happened that he was in a good spot to sneak across the canyon and get within 350 yards for the shot.

I know what you’re thinking — hunting by the ocean sounds incredible. The tricky thing about Tule is that the tags are super limited. Most hunts need to be booked a year or more in advance, especially for the best ranches. As I mentioned before, you can also only hunt this sub-species in California. And, to throw another wrench in the equation, California is a no-lead state, so your ammo can’t be made of lead. Be sure if you want to hunt in California that you’re practicing at the range with the ammo you plan to use in the field so you can be ready in case a long shot is needed. I plan to return to this same ranch for my archery and muzzleloader bulls. You can’t beat the area. And there are a few water holes where I can sit for archery. 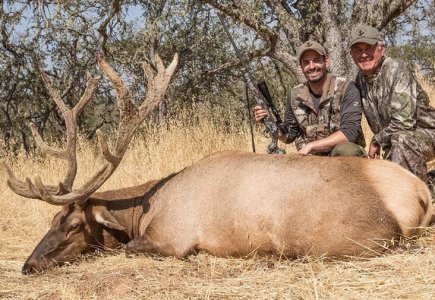